We Have Moved to:

Double K Electronics was started in 1991 by Keith Fisher and Keith Jeffries, hence the name. This was about the time MAF Tech and DSIR were closing down to form a Crown Institute.

Our involvement with Dairy Automation dates back to 1982-87 period when the first prototypes of the automilker were designed when the two Keith's' were part of the R&D team of 20 people, and 430 staff employed by Allflex.

The re-invented product - by Double K - was the first in the world to give farmers infra red programming (without menus) of their milking machine, and used compressed air (in a patented way) to protect the electronics in a wet, chemically harsh environment.

In December 2010 Keith Fisher (Managing Director) passed away. Double K Electronics has continued under the direction of Ash and Les, manufacturing, servicing and ongoing product development.

NZMPTA
New Zealand Milking And
Pumping Trade Association
E: This email address is being protected from spambots. You need JavaScript enabled to view it.
W: http://www.nzmpta.co.nz

DAVIESWAY
Dairy Equipment Melbourne
E: This email address is being protected from spambots. You need JavaScript enabled to view it.
W: www.daviesway.com.au 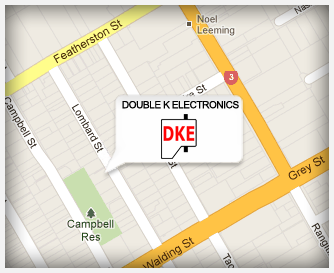